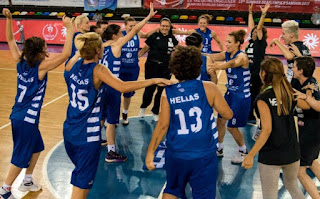 For the first time ever the women's deaf Greek basketball team has won gold at the Deaf Olympics!

After winning the European Championship last year in Thessaloniki, the women's deaf national team added another gold medal to their collection after beating Lithuania 67-50 in the final of the Deaflympics.

The match was quite tense until the end of the third period when the score was just 39-38 for Greece. At that point, however, the athletes of coach Zerva made the biggest push of the game and outscored the Lithuanian team 28-12 to win the historic match.

Read more »
Posted by Kali Ellada at 7:43 PM No comments: 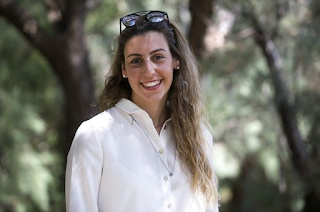 Email ThisBlogThis!Share to TwitterShare to FacebookShare to Pinterest
Labels: υγεία 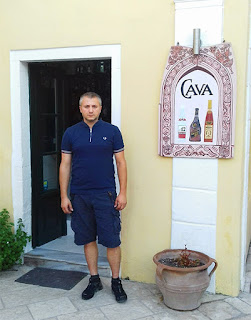 The smallest acts of kindness can go a long way. A recent example comes from world-renowned wine critic and journalist Jancis Robinson, who had been planning a week-long family vacation with her children and grandchildren on the Greek island of Paxos in the Ionian Sea.

Robinson had booked a villa and arranged all sorts of activities when she came across the Paxos Wines electronic store on the Internet. She selected various wines and was assured by the company’s owner, 37-year-old Andreas Diamantis, that they would be delivered to the villa. “They will be there waiting for you,” he told her, adding that she could settle the bill when she arrived on the island.

Hours before departing, she received a text message informing her that her flight had been cancelled. The next available flight for Corfu was three days later and had just two seats left. She cancelled the villa, her children changed their holiday plans and Robinson off for Paxos with her husband, Nick Lander, a food critic, staying at a simple hotel.

In the confusion, she almost forgot about the wine that was on its way to the villa. When she sent an email of apology to Diamantis, she was surprised by his answer. 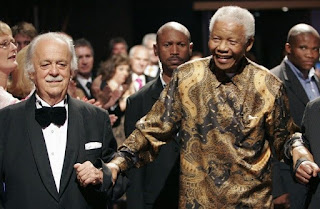 Read more »
Posted by Kali Ellada at 2:18 PM No comments: