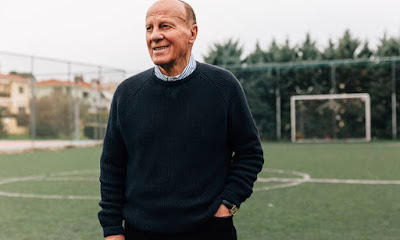 Retired Greek football legend Mimis Domazos, who is considered by many to be one of the best players that Greece has ever produced has opened the first free soccer academy in Greece, which will also support stray animals in Athens.

According to the announcement made by the Academy of Greek Football, the 77-year-old nicknamed “The General” is inviting children between the ages of 4 and 16 to enroll and train for free throughout the season, while also supporting stray dogs and other animals in the Greek capital.

The only catch is he requests that those who are in a position to do so, provide dry food, canned food and anything else they wish to donate towards stray animals in Athens.

Read more »
Posted by Kali Ellada at 2:54 PM No comments:

The Favourite lives up to its name at European cinema's night of nights, wins 8 awards 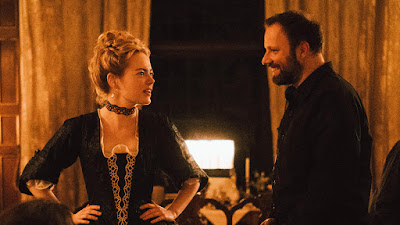 The Favourite certainly lived up to its name at this year’s European Film Awards.

It was the clear winner at the Berlin ceremony, picking up a total of eight awards, including Best Film and Best Director for Yorgos Lanthimos.

Its Oscar-winning star Olivia Colman was unable to attend because of filming commitments, but co-producer Andrew Lowe addressed the audience on behalf of the crew.

Lowe paid a heartfelt tribute to the director, who beat some of cinema’s great masters to scoop the award.

"I'd like to say a special thank you to Yorgos Lanthimos, our friend and leader on this great and epic voyage we have all shared,” Lowe told the Berlin crowd. “It's been a great honour for us tonight to be included among so many great nominees in this show."

Read more »
Posted by Kali Ellada at 2:38 PM No comments: 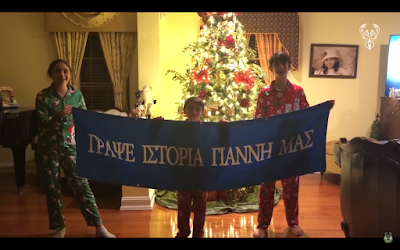 Reigning NBA MVP Giannis Antetokounmpo celebrated his 25th birthday on December 6th and fans from around the world - including Greece, Malaysia, Russia, the Philippines, China, Malawi, Australia and the US - took time to send him their wishes.